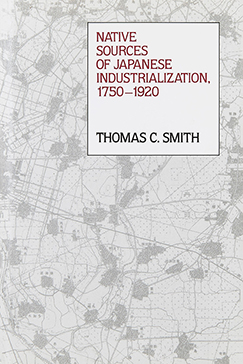 Here is a collection of important essays on the demographic, economic, and social history of both the Tokugawa period and the modern era by one of Japan’s most eminent historians.
Gathered together for the first time, these ten essays provide an introduction to the modernization of the country and, as one critic has said “reflect both a sensitivity to Japanese social character
and a sophisticated challenge to universal truths about modern industrial societies and human relations.”
As in earlier works, the author here ascribes a major role in the formation of Japan’s modernization to the evolution of an agrarian economy during the Tokugawa period, noting the change in the village from subsistence production to market production, and the consequent transformation of family farming.
Crucial to the author’s historiography is his willingness to write as a comparative historian.
Often his views of Japanese history stress the necessity of questioning the assumed universality of the Western mode of industrialization.
Of his work Kenneth Pyle has observed that “his research and writing are critical to our understanding of how it was that the Japanese became the first non-Western people to achieve an industrial society.”