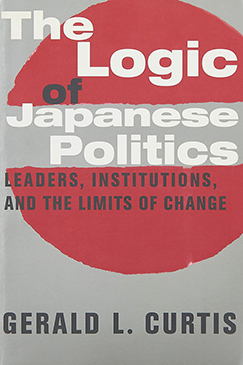 The Logic of Japanese Politics: Leaders, Institutions, and the Limits of Change

Interpreting a rapidly changing and vastly complex political system, this detailed chronicle shows the dynamics of a Japanese-style democracy at work.
Offering a framework for understanding Japan’s attempts to solve its present political problems, it also provides insights into future resolutions.
The author does not agree with the common notion that consensus and cultural uniqueness are defining elements in Japan’s decision-making processes.
Rather, he stresses the role of competition among the many individuals concerned in the continuation and reform of Japan’s politics.
In so doing he interprets such important political developments as the Liberal Democratic Party’s loss of power in 1993 after nearly four decades of full control.
He explicates the historic electoral reform of 1994 that replaced the electoral system which had been in place since 1924.
He chronicles the decline of machine politics and indicates the new importance of the non-party voter.
It is the personalities of power politics that often direct policy and here the author provides an analysis of the complex relations between Japanese leaders and institutions during the 1990s.