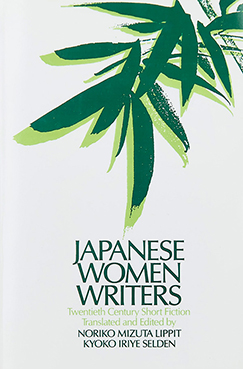 Until recently, Japanese literature has been, with some exceptions, considered a male realm, works of Yasunari Kawabata and Jun’Ichiro Tanizaki, Yukio Mishima and Haruki Murakami, commanding major attention.
Now, however, it is slowly becoming recognized that, in the words of one critic, “it is at present mainly women writers who maintain the standards of traditional Japanese literature.”
This has resulted in a number of collections of writings by Japanese women, of which the present volume is an example.
Originally a 1982 publication named Stories by Contemporary Japanese Women Writers, it is now, with the addition of two new stories and several revisions, once again available.
Included are not only works by such known writers as Fumiko Hayashi, Fumiko Enchi and Chiyo Uno, but also a number of stories by authors perhaps as yet unknown abroad but whose acquaintance is well worth the making.
These would include: Yaeko Nogami, Taeko Hirabayashi, Yoko Ota, Ineko Sata and Takako Takahashi.
As one major daily wrote: “Here are Japanese women in their infinite and fascinating variety—ardent lovers, lonely single women, political activists, protective mothers, devoted daughters … a new sense of the richness of Japanese women’s experience, a new appreciation for feelings too long submerged.”