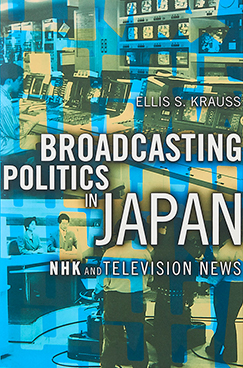 It is said that the two institutions most affecting those in democracies today may be the state on one hand and mass communication on the other.
It is also commonly thought that these become too powerful and too biased.
In Japan, however,as Krauss here points out, NHK (the national broadcaster) has adopted an unusual neutrality, one which may open it to charges of anemia but not to accusations of unfairness.
Such “fairness,” however, owes little to any ideas of morality.
Rather,this neutrality acts as a kind of defense, shielding NHK against the threat of interference by the state itself.
In his considered analysis of NHK’s output Krauss freely admits biases but points out that they can be traced back to structural features of the broadcaster itself and not to stateimposed regulations.
Viewers of NHK get news which may be about the state, even about its bureaucracy, but which is also quite neutral and not affected by competing bureaucratic interests.
Such news is objectionable to no one and hence governmental interference is thwarted.
Given this stance, NHK TV may be seen as “a shaper of Japan’s political world, rather than simply a lens through which to view it.”