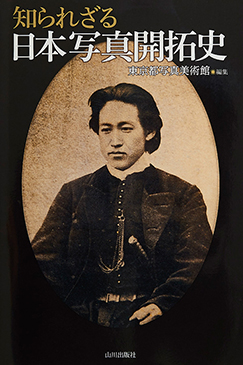 Dawn of Japanese Photography: The Anthology]

Since 2007 the Tokyo Photographic Art Museum has held a series of exhibitions, curated by Keishi Mitsui under the title Dawn of Japanese Photography, that introduce Japan’s earliest photography from the late Edo and early Meiji periods. The series was divided into installments featuring different regions of the country: Kanto in 2007, Chubu/Kinki/Chugoku in 2009, Shikoku/Kyushu/Okinawa in 2011, and Hokkaido/Tohoku in 2013, followed by an “Anthology” exhibition in 2017. This book constitutes the catalogue for the 2017 show, which featured 375 significant photographs and other materials in three sections: “Encounter,” covering the initial introduction of photographic technologies to Japan; “Mastery,” a look at the Japanese photographers who first learned from foreign practitioners; and “Diffusion,” about the years when photography began to permeate Japanese society. With the recent rapid progress made in searches and surveys of early Japanese photography, many new facts are emerging about the period. This volume should make a valuable contribution to subsequent research on the history of photography in Japan.