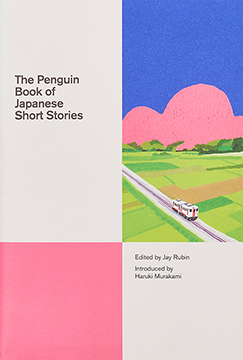 Fukubukuro, lucky grab bags sold sealed with no indication of what they contain: this is the analogy chosen by Haruki Murakami, who has penned the introduction to this collection, to describe its contents. This book does not pretend to be an authoritative anthology of representative works, nor does it try to trace the development of the short story as literary genre in contemporary Japan. Rather, the link among the stories presented is a simple one: each made an unforgettable impression on the editor, Jay Rubin, an expert in modern Japanese literature and Murakami’s longtime translator.
Consequently, the thirty-five story-strong line-up is eclectic and unpredictable; most readers are likely to encounter new – if not necessarily current – voices alongside some of Japan’s most renowned modern writers: Soseki, Akutagawa, Tanizaki, Mishima, and Murakami himself. The stories span more than a century (the oldest dates from 1898, the most recent 2014; Murakami likens it to finding “an iPod and a gramophone on the same shelf of a record store”), but they are not presented chronologically. Instead, the stories are grouped by theme – Japan and the West, Loyal Warriors, Men and Women, Nature and Memory, Modern Life and Other Nonsense, Dread, and Disasters: Natural and Man-Made. Behind this structure lies Rubin’s intention that the book primarily entertains (as opposed to educates) – the reader (envisaged as a general one after a “good read”) is invited to dip in and out of this lucky bag, choosing by topic or according to mood.