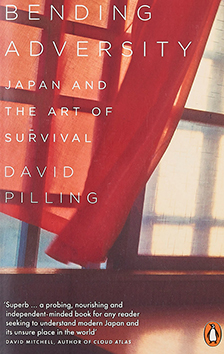 As the Asia editor and Tokyo bureau chief for the Financial Times from 2002–2008, David Pilling got to know Japan well. Economic growth had flatlined during his tenure, making reportage on the country’s economy less than a happy affair. Despite the commonly held notion of the lost decade of the 1990s forming the basis of a near three decades of zero or negligible economic growth, and despite the proclamations of many scholars that Japan had become an unimportant, even trivial, Asian backwater, Pilling makes a convincing case for the nation’s continued importance in the world. At the time of the writing, in 2014, Japan remained the world’s third largest economy and largest external creditor.
Pilling’s contribution is an important attempt to find an explanation for Japan’s ongoing importance in the world despite its seeming economic collapse. With its long life expectancy, low crime rate, and consistently low unemployment it exceeds the United States and United Kingdom on quality-of-life indicators. Pilling notes the culture’s ability to accept rapid change and its populace’s willingness to pull together in the face of adversity, citing this ingrained desire to adapt and respond as a central dynamic of a nation that continues to claim its place among the most powerful in the world.