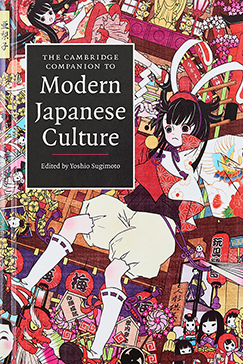 The previously entrenched view of Japan as a homogenous society is being challenged by a characterization that is more nuanced in its understanding of modern Japan’s diversity: this new model points to Japan’s differentiations, divergences, and multi-dimensions, prompted by wider trends in (minority) ethnic consciousness as well as the undeniable impact of structural, particularly economic, change on Japan.
Sugimoto holds Japan’s modern culture up as a “problematical construct” rather than as having objectively verifiable form and invites his 19 contributors to examine it in contexts of cultural relativism, cultural agents, and value orientations. Their essays take the position that their very subject - “Japanese culture” - is inherently relativistic, fluid, and mutable, and attempt to step away from a model of hegemonic homogeneity to adopt instead an inductive approach in which it is assumed that various kinds of culture are generated by a variety of Japanese.
By acknowledging ambiguity and diversity, and rejecting previously prevailing notions of Japanese exceptionalism, these essays are able to paint fascinating and fine-spun portraits of specific slices of culture, including family, school, work, religion, technology, literary, political, housing, food, visual art culture, leisure, and music. Japan’s cultural nationalism is also discussed, as is the way in which soft culture is exported to international markets.
While the segments covered are diverse, the book as a whole is cohesive, with each essay flowing to the next to present a comprehensive and authoritative introduction to the shifting equilibrium of contemporary Japanese culture.