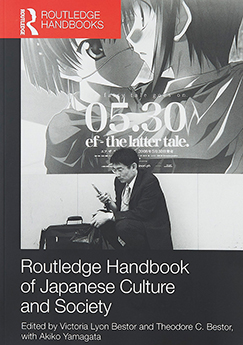 Presenting an overview of any culture or society is a momentous task; this interdisciplinary book, intended for non-specialist readers, enlists a stellar line-up of leading educators to present as broad and clear a picture as possible of the complex and contested space that is contemporary Japan. It is deliberately jargon-free and avoids theoretical perspective, aiming to inform and illustrate rather than to debate.
The book presents post-war Japan as a culture and society that both maintains continuities of institutions, values, and practices, and has been transformed by radical shocks and historic disjunctures that challenge those continuities. It is organized into three sections; the first, Social Foundations, looks at changes in terms of history, politics, language, education, religion, law, and urban landscapes. These topics are vast enough to be daunting; each chapter, however, is structured to present an overview rather than to overwhelm with detail.
The second, Class, Identity, and Status, gives insight into contemporary demographic shifts, as well as how structural economic changes have revealed significant disparities across the population, contrary to the once-trumpeted essentialist cultural theories of a universal middle class united by a single language and culture. But no nation is homogenous, and diversity is also examined from queer, racial, and marginalised community perspectives.
The final section, Cool Japan, examines some of the soft cultural aspects for which Japan is increasingly known: manga and cuisine are discussed alongside sport, music, and architecture, often in the context of how intersections between tradition and modern trends can shape cultural identity.