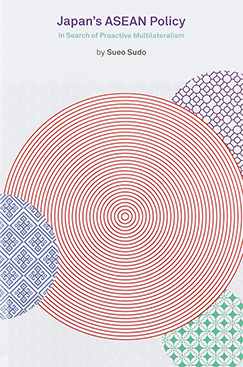 This book explores the changing nature of Japanese foreign policy toward ASEAN by analysing it from a number of different perspectives, such as ideas, institutions and proactive multilateralism. Despite its impressive economic and political power, Japan is often understood to play a passive role in international affairs. The alternative approach of this study is to present Japan’s foreign policy approach as multilateralism. Of course, the rise of China is a major issue for Japan’s international relations and, although in recent years Japanese foreign policy has become increasingly independent of the United States, it has in turn become more strategic towards Asia. To demonstrate this, the book focuses on Japan’s relationship with ASEAN Plus Three (APT), analysing it as an example of the proactive multilateral mechanism at work in foreign policy.
The author explains how East Asian regionalism has been driven by ASEAN and carefully analyses the foreign policies towards ASEAN of Japanese Prime Ministers in different regimes-from the age of Fukuda Doctrine to the Hashimoto Phase. The overarching claim is that, due to important transformations in the international political climate, Japan’s foreign policy has become active. Japan's new policy initiatives towards ASEAN are not reactive, nor are they exceptions in a broader framework of merely reactive foreign policy, but better understood as part of a larger shift in that policy towards one based on proactive multilateral international relations. This is an important book for understanding contemporary Japan on the world stage.