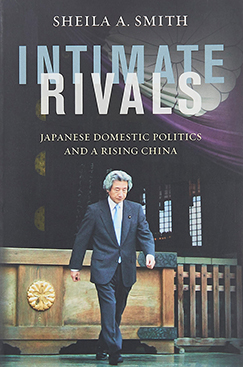 Historically, politically and culturally complex, the relationship between Japan and her largest neighbour has been written about, debated and challenged by events for more than a thousand years. For much of that time, scholars, journalists and observers focused on the political, institutional and policy issues that have challenged politicians and intellectuals on both sides. Since 1945, ‘history’ itself has become a major issue shaping relations between Japan and China. With the rise of Chinese economic and political power, Japan has also had to consider trade friction, cultural stereotypes and territorial disputes ignored (often deliberately) since the end of empire. This important volume examines diplomatic relations between Japan and China through four cases of contention in the 2000s. The well-known disputes over the Senkaku/Diaoyu Islands and Prime Minister Junichiro Koizumi’s visits to the Yasakuni Shrine are discussed along with the shared use of the East China Sea and the gyoza food-poisoning incident from 2008. The latter demonstrating the complicated nature of economic cooperation between the two.
The author is well-placed to explain that, whilst the rise of nationalism and the right-ward turn in Japanese politics in recent years play a role, it is important to go beyond the simple choice of Beijing or Washington as the better partner for Japan. The ‘China debate’ in Japan has always been far from one-sided (anti or pro-China) and is better understood as one element of a self-reflective discussion of the country’s ability to compete in a global economy becoming increasingly shaped by China.