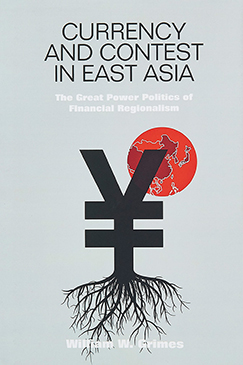 Currency and Contest in East Asia: the great power politics of financial regionalism

After 1945, Japan become the richest, most technologically advanced economy in the East Asian region. Today the country has the most established financial markets and the strongest influence in international political and economic institutions. In this book, the author explains the nature of financial regionalism in East Asia in the context of great power politics that often reduce the region to a battle ground between a US-led world order and the machinations of a rising China-with Japan stuck somewhere in the middle.
Because competition for regional leadership always involves questions of security, political power and economic influence, power matters, and the book begins with an overview of approaches to the study of regionalism. The author proposes a realist understanding of international relations to better make predictions about financial relations in East Asia, provides an outline of the historical context of regionalism, and notes that the evident lack of regional identity-given the ‘history problem’ amongst other cultural barriers to mutual understanding-does not prevent closer regional cooperation in the realm of finance. Indeed, the Asian financial crisis of 1997-1998 proved to the ASEAN countries, as much as to China and Japan, the need for institutional cooperation at the level of financial markets. The book offers nuanced analysis of efforts to create a framework for regional financial cooperation and predicts the future shape of financial regionalism in East Asia. It provides useful context to the numerous debates over the future trajectory of great power rivalry in the region.