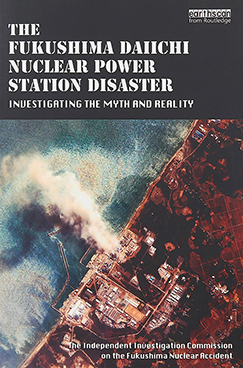 The Independent Investigation Commission on the Fukushima Nuclear Accident

This important work is a revised and rewritten English version of the study of the Independent Investigation Commission on the Fukushima Nuclear Accident. Originally published in Japanese in 2012, the information contained in the study was largely unreported in the English-language media. The book is immensely readable and revealing. The first part gives a narrative account, based on personal testimony taken by the editors, from those involved in events at the reactor, as well as people within TEPCO and the various government offices attempting to handle the situation. There are important criticism and questions raised regarding the systemic and institutional failings made clear by the events of the disaster and the desperate attempts to do something about it in the hours, days and weeks after. The working group at the center of the report conducted over 300 interviews to collect testimony from individuals involved in these events.
The book then outlines the history of nuclear power in Japan, explaining how the myth of safety came to be the dominant means tackling concerns, how local governments benefitted from nuclear power plants in their regions, and how Japan’s international relations, particularly with the US, played an important role. It concludes with suggestions for lessons to be learned and for changes to the oversight of the system in its entirety. The book is essential and compelling reading for anyone wishing to understand how the largest nuclear disaster since the 1980s could have unfolded in one of the richest developed countries in the world.