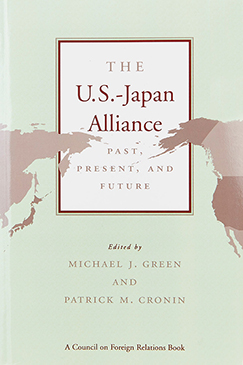 The U.S.-Japan Alliance: Past, Present, and Future

The military alliance between Japan and the United States is both important and contentious.
It is now commonly thought that this bilateral arrangement should be more strongly redefined than merely reaffirmed.
A strategic relationship that has been in force since the 1951 signing of the U.S.-Japan Security Treaty, this alliance has not moved with the times and has made little accommodating change.
Now, say the authors of the various papers in this collection, the time for redefinition has come.
China, economically emerging, poses new problems; the future of the two Koreas remains uncertain.
Yet, Japan has so benefited from the U.S. alliance (much less defense spending, many more trade arrangements) that ideas about redefinition are not popular.
Indeed, it has been remarked that the various alliance justifications after the Cold War remain much the same as they were during the Cold War itself.
Yet, it must be argued (as it is here), that a relationship formed during the Cold War must change with the changing times.
This is now generally agreed upon but the problem is how to accomplish this redefinition.
Certainly economies will be interdependent but security operations are influenced by economic considerations.