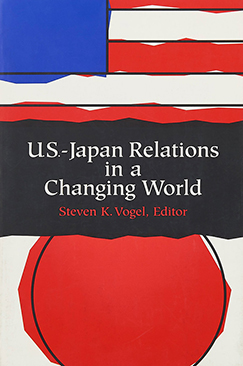 U.S.-Japan Relations in a Changing World

With the changes expected in the U.S.-Japan relationship in the next decade, this collection of essays—all originating from a U.S.-Japan conference in 2001, analyzes the many factors that have shaped this relationship.
It is inevitable that both Japan and the United States will have to work hard to preserve their relationship’s stability.
This book includes an introduction, the eight essays, and a conclusion, each examining different dimensions in this relationship.
Looked at are the arguments for a “balance of power,” for economic performances, and the power of ideas as contrasted to military and economic powers.
Also considered is the role of international organizations in shaping U.S.-Japan relationships, and the similar role that finance is playing.
Japan’s financial liberalization is seen as promoting the convergence of the Japanese corporate governance against an increasingly deregulated American system.
Some doubt is also voiced over whether Japan can regain the technological advantage over the U.S. that it once enjoyed.
More likely will be an expansion from such original issues as security and trade, to the important issues of the environment, immigration and human rights.
This expansion will be likely to foster greater cooperation and collaboration, as well as more danger of conflict.