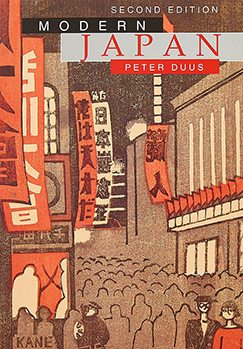 Though modern Japan is now more familiar to the rest of the world than it used to be, ignorance on how Japan got to be the way it is remains commonplace.
In this book one of the finest of the current historians attempts, as he says, to bring this newly familiar Japan into sharper focus.
Japan was not always the economic superpower we today acknowledge it to be.
In the middle of the 19th-century it was poorer and less technically adept than any of the Western societies which so abruptly intruded upon it.
Determined to “catch up,” this is just what the Japanese did, first as students of Western models, then as competitors in the Western imperialist game, and finally as creators of that rapidly developing economic giant which is modern Japan.
In telling this story, the author focuses on major political, economic, and social trends, but he also examines the lives of peasants, workers, farmers, the structure of the family, the position of women.
In doing this he deals first with the fall of the Tokugawa order
(1800-1868); then with the pursuit of power and wealth (1868-1905); on
to crisis and World War II (1905-1945); and then into an era of relative
stability (1945 to the present).