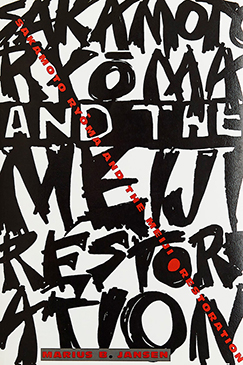 Sakamoto Ryoma and the Meiji Restoration

By the middle of the 19th century, Japan saw itself facing Western imperial ambitions.
Having observed the fate of India and of China, it now sought different means.
The result was the Meiji Restoration, a unified national state struggling to achieve international equality and leadership in Asia.
It was, in effect, a real revolution.
Here the author tells the Restoration story by examining the career of Ryoma Sakamoto, originally from Tosa, one of the fiefs that played an important role in Restoration politics.
In telling this story, the author necessarily concerns himself with the way in which the Restoration came about, rather than discussing it in terms now common in Japan—why it had to come about.
Though originally against such Western intruders as Commodore Perry and his followers, Ryoma understood that the only way to counter the West was to emulate it.
He envisioned a Japan inspired by the kind of equality that he had observed in the United States.
Ryoma, idealistic, individualistic, realized that in order to compete with an industrial outside world, Japan must itself change—after centuries of the Tokugawa Shogunate, leadership had grown impotent.
He advocated strengthening the country.
Japan had to modernize and in order to do so the government had to be overthrown.